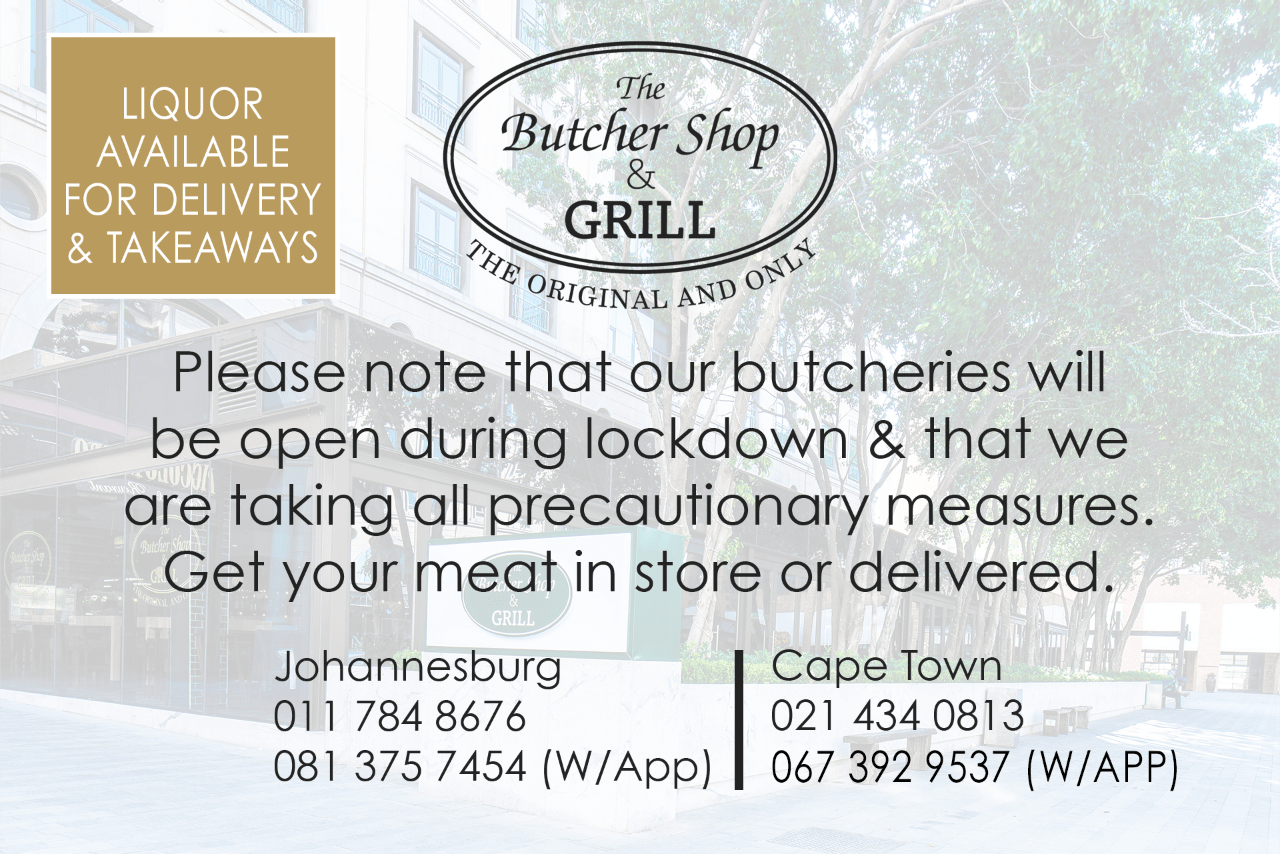 RAISING THE STEAKS SINCE 1961

For over 20 years, our unmatchable top steakhouse has been as much a part of SA culture as sunshine, red wine and red meat. You could say it is a landmark on the culinary landscape (and we’re now in Cape Town and the Middle East). But The Butcher Shop is also about family – and the laughter, memories and conversations shared with special people over great food at a top steakhouse. Our family business, handed down over three generations, is famed for its quality produce, extensive menu, separate butchery & deli and 800 passionate staff globally.

Butchery is in Alan Pick’s blood. From age 5, he trained in meat at the elbow of his butcher father Dave and he trained in business alongside his savvy mother Fay. Fay Pick was the first female butcher in South Africa, put to work at the family-owned Farmers’ Meat Supply in the mid-1930s. In the 1940s she met and married Dave Pick, also a butcher, and Alan was born in 1948. Soon afterwards, the family acquired the licence for the Kalk Bay Butchery, and Alan’s formal education began.

His first official step into restaurants was aged 24, as a junior partner in Stellenbosch’s Arizona Spur. He then branched into shwarmas with Mi Vami, hamburgers with Late Nite Al’s, and steaks with Al’s Grillhouse.
(The latter, now The Grillhouse, remains in its original location at The Firs in Rosebank, 22 years later.)

“Hillbrow,” recalls Alan, “was the centre of the universe. At Late Nite Al’s we were known for serving 500g steaks at 4am.Of course, on the plus side, I never had to switch on my headlights, because I arrived mid-afternoon and left mid-morning.”

In 1994, Alan identified a restaurant site within what was becoming Sandton Square. This became The Butcher Shop & Grill, where he incorporated the innovative walk-up butchery counter for patrons to select their own type, cut and size of meat a company with a rich selection of fine wine.

The family atmosphere continues, under the leadership of Alan’s son Dani. Schooled in global hospitality standards and marketing in Switzerland, he brings youthful energy and charm to the SA team of 400 – almost 80% of whom have worked for the family for 20 years.

Today, regional and international tourists and local regulars flood into The Butcher Shop & Grill, where they encounter the same friendly expertise, service, quality and taste that were so prized by Dave and Fay Pick at their counter in 1940s Kalk Bay.